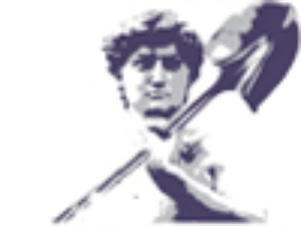 Mayor Huether has made his preference official. He is recommending that an events center be built at the Arena Convention Center site.

His selection is logical because he is anxious to “get things done” but long term the Arena is not the correct choice.

The focus of where is the best location has been based solely on time and money. Without question the Arena site will certainly cost less and can be constructed sooner. The economic study was narrowly focused primarily on the cost tradeoffs of the two suggested sites and what seemed to me an obsession about parking. (Certainly parking is an issue but not one that couldn’t be dealt with (at either location) with a longer timeframe.

When Howard Wood Field and the Arena were constructed Sioux Falls was a meat packing town. The best jobs were in the meat plants. The Sioux Falls Stockyards was one of the top terminal markets in the Country; Sioux Falls was the center of a large ag trade area. The large businesses in town were Ag based: Zip Feed Mill, Dakon Industries, Sioux Steel, several ag related trucking companies, Sioux Falls was a banking center for agriculture and a correspondent for the rural banks.

In the mid 1970s Sioux Falls began to change. For a more complete look see Dr. Ralph Brown’s study, A Tale of Two Cities. Essentially what Dr. Brown describes are two cities (Sioux Falls and Sioux City) that had roughly the same population and the same ag based meat packing economy in 1970. Yet Sioux Falls changed, grew and prospered. (It’s the changed part I want to discuss.) Why? There were two primary events, South Dakota’s government decision in the mid ‘70s to have a four year medical school and South Dakota’s government decision to invite Citbank to South Dakota in 1980.

Read the study but the upshot is that Sioux Falls’ economy diversified and the character (Finance and Health Care) of the City began to change. There are other demographic factors as well as with transportation and communications improvements along with farms becoming more mechanized and efficient, the exodus from smaller more rural towns was exacerbated.

Moving the clock ahead about 25 years the nature of Sioux Falls had another seismic event. T. Denny Sanford established the Sanford Project at then Sioux Valley Health System (now Sanford Health), $400 million initially, now $500 million. On announcement day, Senator John Thune stated this was a “transformational event.” The Senator could not have been more right. With Kelby Krabbenhoft at the helm, the Sanford money is being leveraged and Sioux Falls is becoming a center for medical research. I would stand corrected but I have heard that Sanford Health has nearly 10,000 employees in Sioux Falls.

Today the Stockyards is closed, Zip Feed is gone, Greenlee Packing is no longer and while John Morrell & Company is still a very large and important economic force, their closing would not cripple the city’s economy.

My point here is that Sioux Falls has changed and putting a new events center at the Arena site is looking backward.

A Downtown Events Center looks forward and would rebrand a transformed Sioux Falls. It’s clearly synergistic to capitalize on and take advantage of the millions of dollars that have been spent and are being spent near the downtown site. Consider the Phillips to the Falls, the Sioux River Greenway improvements, and the railroad relocation projects. I don’t know the exact number but I would guess it is pretty close to a $100 million investment by local, state, and federal governments.

The East Bank is also ripe for redevelopment. There is a multitude of vacant sites and older structures available for development. Cherapa Place and the new CNA Surety are contemporary anchors that a new Events Center would only compliment and enhance. I understand that arguments are being made that commercial development is different than economic development, but I don’t see it as more than a political argument (a he said she said – a distinction without real difference), Increasing employment with better jobs and increasing our population to me is economic development that is steady day in and day out not economics based solely on tourist dollars.

Also missing from the discussion is the value of the City’s image and what will entice people to make Sioux Falls there home. An enhanced image will also prompt visitors and conventions to come to Sioux Falls. The EC at the Arena will just be a venue for an event, nothing added. An invigorated East Bank, Greenway, Falls Park, Uptown, and Downtown gives the city a forward image consistent with the new Sioux Falls. Over time this is the image that Sioux Falls can portray.

Civic and cultural institutions also play a large role in attracting new businesses. Like good schools, roads and a modern updated airport are to our economy, quality of life venues like libraries, parks, and recreation facilities are important as well. (Ask yourself what a research scientist is looking for in a community.)

Now – my political side – Polling at the time of the Mayoral election (April 2010) showed that a majority supports the concept of an Events Center. But the support was unqualified, no location, no means of finance, no location etc. Also I am unsure if a simple majority would be needed to pass or perhaps 60% because a bond issue approval would be part of the process.

However under almost any conditions I do not think the Citizens of Sioux Falls will currently support and vote for an event center. Partly it’s about location because that is so much of where the public discussion has been focused, partly because of finance, but mostly it is the lack of confidence in the economy. State workers haven’t had a raise in 3 years, our teachers are taking a pay cut (it’s not that I don’t support these austerity moves – the State doesn’t have the money), Social Security recipients have received no inflation adjustment, and gas is nearly 4 bucks. Simply put, voters regardless of what they say will not want to spend the money right now.

One other important component to passage is the discussion has been focused on side show issues like location and the red herring of parking not on selling the benefits of an Events Center to voters. If voters can be convinced an EC is a good idea and will benefit the community they will support it. All of us have wasted a lot of oxygen on less important differences.

Endbar – While I don’t think an Events Center will pass under the current economic and political environment, I would not give up. The economic study did show there was an excellent return with an addition of “flat floor space” at the existing convention center site. (Don’t you just love those terms that make you sound like you know what you are talking about? Flat Floor Space, Black Box Theatre). Maybe the City Council in their deliberation of the Mayor’s proposal will go with a 30 million dollar (yes I made up what I thought was an acceptable number, but that is all anyone else has done on costs to this point) addition to the Convention Center and then when economic conditions improve and the railroad has relocated Sioux Falls can build an transformational Events Center Down Town consistent with the Sioux Falls’ new image looking forward to the 21st Century.

Posted by Joel Rosenthal at 6:28 PM