In Defense of Lobbyists 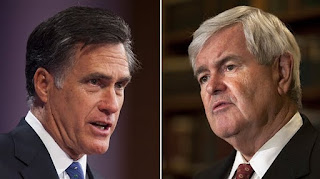 The charge of Lobbyist has once again entered the political debate.

Current top tier GOP Presidential candidates, Mitt Romney and Newt Gingrich, are charging, answering, and counter charging over whether or not Newt lobbied for Freddie Mac. Romney says Yes, Newt says No, just counseling or advising. Newt is making the Tom Daschle defense argument that he only advises his clients on strategy but in fact is not a Lobbyist and is thus not registered with the Congress.

Whether he has actually advocated vote positions on certain issues I do not know, however former Speaker Gingrich has advised several important South Dakota interests: Poet and Sanford Health System.

Sidebar – By focusing on the widely accepted notion that Lobbying is bad should not Romney focus his fire on just Gingrich’s association with Freddie Mac (their complicity in the Housing Finance Bubble) and the $1.5 million he received from them for his advice, rather than letting the debate refocus on the definition of Lobbyist and whether Newt did it?

The Lobbyist charge easily crosses partisan lines in South Dakota as well. Recently the SD GOP attacked Stephanie HS for her newly minted status as Federal Lobbyist conveniently forgetting that after his defeat in 2002 John Thune worked in a similar capacity. If my memory serves me, SD Democrats and the Daschle campaign attacked Thune’s lobbyist activity in the run up to the 2004 SD US Senate election.

Lobbying like many professions in honorable, if done honestly and ethically. Lobbying is an essential function of freedom and American Government. The First Amendment of the U S Constitution provides:

Congress shall make no law respecting an establishment of religion, or prohibiting the free exercise thereof; or abridging the freedom of speech, or of the press; or the right of the people peaceably to assemble, and to petition the Government for a redress of grievances. (emphasis added)

Lobbying is a natural extension of being able to bring a voice to the government, either the Executive or the Legislative branches. Having persons either individually or collective bring facts and opinions to their government in an attempt to persuade a preferred outcome is a basic tenant of freedom.

It is important to distinguish lobbying from bribery. Persuading with facts is freedom; buying votes, official actions or favor is against the Law.

While our Federal Officials and the Executive branch of State government have staff to gather facts and study issues, this is not true of our State Legislators (at least in South Dakota where they have no paid staff). Even with a paid staff, the information and expertise that Lobbyist bring to the government arena is essential.

In South Dakota Lobbyist perform several important functions, the most important being expertise on the issues, groups, and individuals they represent. We have citizen Legislators who in many cases have little experience or knowledge of what can be many complex issues or proposed regulations. Having Lobbyists with specialized knowledge of the issues representing what can be several sides of an issue is frankly essential to making good laws.

Good Legislation requires Legislators with common sense and an ability to understand facts and issues when presented to them. The variety of issues require help in understanding complex issues ranging from banking, commerce, transportation, medicine, local government, the law, education, and a smorgasbord of other issues.

Further (and there are pros and cons to this) but having Lobbyists preserves some institutional memory to the Legislature and Executive functions. Particularly with term limits (though even to some extent to my observation of almost 40 years) the Lobbyist may be the only one on the scene (read here in Pierre) that can put an issue in perspective and explain “how and why” that happened.
Posted by Joel Rosenthal at 5:37 PM No comments: