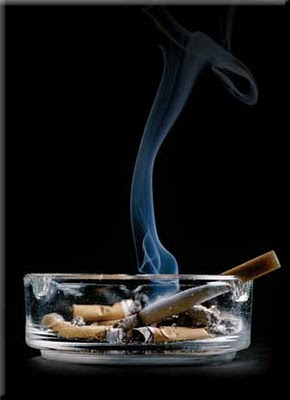 The Saloon Keepers are upset – AGAIN!

Government grants a license of special privilege and overtime the grantee develops a belief of entitlement. Last month a lawsuit was filed to challenge, in hopes of overturning, the smoking bans for bars that was passed by the 2009 Legislature.

The Booze Boys already challenged the law once when they referred it to a public vote in November of 2010. They in effect t delayed the bans implementation for seventeen months regardless of the election’s outcome. They lost by a landslide - a 2 to 1 margin. If they wanted to challenge the Constitutionality of the ban why didn’t they just file their lawsuit instead of going thru the Referendum process?

Press reports state they are challenging the law, claiming the law restricts the rights of private property owners to make their business decisions. Their attorney is former South Dakota Attorney General, Mark Meierhenry. He is very experienced and will make clever arguments that I expect will appeal to libertarians and anti Nanny Staters. Unfortunately the Constitutionality in regards to the State implementing smoking bans is pretty well established.

They are entitled to Justice and their day in Court. I guess we will see.

I posted on this issue when the legislation was being considered. I said then, “Acting in one’s self interest is the Golden Rule of economics.” In that regard nothing has changed.

During the campaign last fall, the argument was pretty much about the Freedom issue with some discussion about the possible loss of revenue to government (specifically video lottery and sales tax revenue).

Let’s just get this straight – Government gives them the right to operate and sell alcoholic beverages. Pretty close to 100% of the barkeeps are also video lottery operators that is an additional government grant that other businesses don’t have. Yet the minute that awful government does something that impacts their Golden Rule, then government is infringing on their private decisions.

Just for sake of argument – maybe all gas stations, convenience stores, maybe even grocery stores, and ALL restaurants, fast food and otherwise should be able to have video lottery machines, with or without beer and wine or booze. Why are these businesses freedom to do business being restricted by Big Brother? Maybe (again for the sake of argument) every food establishment ought to be able to sell alcohol for on premises consumption. You go to the C Store and fill up your car’s tank and then have a quick draft beer in the Store to fill up your tank.

Of course this is not how it operates or should operate but if such a scenario were suggested the Saloon Keepers would be up in arms telling you of the evils of deregulation.

Finally just a word on Deadwood Casino Gambling (excuse me Gaming). The folks from the Gulch tried several initiated Constitutional amendments for “historic gaming” before it finally passed on Statewide ballot, I think in 1988. My recollection is their campaign theme was: “Deadwood You Bet.”

Essentially the argument was, South Dakota would legalize Casino gambling only in Deadwood (nowhere else in South Dakota), there would be a modest tax that the State would receive and a portion of the revenues would be used for historic preservation. They also suggested that it would be a plus for Black Hills Tourism.

Well it wasn’t too long that the Deadwood folks who in the beginning just wanted a low yield revenue stream and some economic development for their community (for which they received a very special privilege (the only Community in South Dakota with legal casino gambling)) that they wanted more. The cries for more have been endless - Higher limits, more games, state loans for developers, a railroad line and more. Even today they are blaming their receipts or lack there of on the smoking ban as well.

Back to the Smoking Ban and the Booze Boys - I am not sure that they care that not only did the people’s Representatives (the Legislature) but the People themselves had (at their request) the Final Word.

While I believe this lawsuit attempt won’t succeed. I also don’t believe the barkeeps will acknowledge they operate their businesses with the authorization of the Government. Until they acknowledge this I am not sure the legal shenanigans will stop.

Posted by Joel Rosenthal at 5:43 PM No comments: