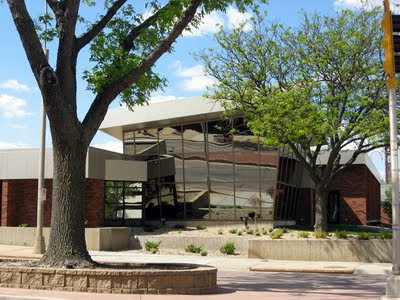 I was asked to respond to some discussion and conjectures at Jennifer’s Musings blog but of course my response was too long winded to be accepted. Consequently my answer is posted here at Straight Talk.

I suspect my opinion has been solicited because I currently serve as President of the Siouxland Board of Trustees. Since asked, I’ll weigh in.

It is very easy in situations like are described in the above comments to get caught up in rumor and innuendo so I’ll attempt to keep to the facts as I know them with just a little opinion at the conclusion.

As to the Library Board, our duty is to represent the Users and make policies relative to users interactions with the Library System (establishing the annual calendar, usage policies, setting fines, and the like) however the operation of Siouxland Libraries is the responsibility of the City of Sioux Falls administration, i.e. the Mayor. The Mayor’s is given authority by the Joint Agreement between Minnehaha County and the City of Sioux Falls that was agreed to (I believe) in 1995 when the separate Library systems were merged into Siouxland Libraries.

The Facts (per my recollection, any misstatements are mine) – When Mayor Huether took office last May and put together his first budget, he cut the Library funding going forward by about $1.5 million and one staff person for the 2011 Budget. He also delayed construction plans for the Westside Branch by one year. I had forgotten but the cuts were also made in the budget for the 2 City branches as noted.

In place of the funding for the $1.5 million cut money was taken from the funds that were left over from the Main Branch renovation that had come in (because contractor’s were hungry for work) significantly under budget. In the Library budget, money for materials (books, dvds, cds, ebooks, etc.) and considered capital expenditures, thus the leftover construction money could be used for materials purchases.

Consequently, while there was a significant budget cut there was no cut in service. In fact, Library usage is growing at about a 3 to 4 percent rate.

Concerning the Westside Branch, the Mayor set forth in his budget proposal 0 percent spending growth goals for 2011 and 2012. The reason, the Mayor expressed to me for the delay is that he did not want to add the operational employees and operational overhead expenses (lights, heat, insurance, and the like) until 2013.

Regarding the budget cuts to the Caille and Ronning branches; the money was to be used for facilities renovation (HVAC and the like) and were rescheduled in future years’ CIP.

Currently the Westside Library construction is moving on consistent with the revised 2013 occupation schedule. In November and December a City / Library Task force selected a lead Architect Design firm, to implement construction of the Westside Branch. The selection was finalized in January and the Mayor’s office negotiated the contract that was signed by the Mayor in March. (Yes it takes time, but this is bureaucracy – the contract has to be reviewed by legal, finance, engineering, and the library departments). The Architect firm selected was Architecture, Inc. of Sioux Falls.

Several meetings have been held with the various interest groups and senior library staff to plan what is needed in the library and what a possible design might look like. The library staff is also meeting internally to make their best effort to “get it right” both for the users, the staff and operationally for the taxpayers. A meeting was held today to review and discuss many aspects of the design and library operation, many big and small details. In attendance in addition to the Architects staff of four including engineering, were six members of the senior library staff, several representatives of the City engineering staff, a senior planner from the Parks department (remember the branch is being sited in Memorial Park – 26th Street and Discovery Avenue), myself and I probably left out a few more.

The next planning meeting will be an open house type forum in the first part of May for the Public and the Neighborhood to ask questions and give input.

“The Plan” is to have the design work completed by early fall, contract documents completed by around Thanksgiving, and the bid letting the early part of 2012 with construction to begin in the Spring of 2012. The project appears to be on schedule.

It is very important to note (as noted above) that the Quality of Life II bonds were sold and the money is in the bank. There is no foreseeable need for new appropriation.

This may be more than you wanted to know, but your Library Board is engaged and this is what IS happening.

A Little Opinion - Yes folks in the “Library World” were more than disappointed in the construction delay of the Westside Branch but the Mayor was just elected and given the big benefit of the willingness to let him show his stuff as the newly minted Mayor coming off a highly contested election. It is important to understand that the Library Director works directly for the Mayor (their Boss). You should also remember that the City Council also pretty much went along with the Mayor on the 2011 Budget and Westside Branch delay for pretty much the same reason.

None of this should be interpreted as a defense of Mayor Huether only a recitation of the facts. Divining the Mayor’s motives and drawing conclusions (at this point) I will leave to others. The proof is in the pudding, actions speak louder than words, we will know by the Mayor’s deeds (whether the building is built.)
I must add that it is an honor to serve on the Library Board of Trustees and I am grateful to former Mayor Dave Munson for the trust he placed in me. Finally any discussion of Siouxland Libraries would be incomplete without mention of the accomplished staff and noting the great job they are doing of delivering library service to the patrons of Siouxland Libraries.
Posted by Joel Rosenthal at 6:52 PM