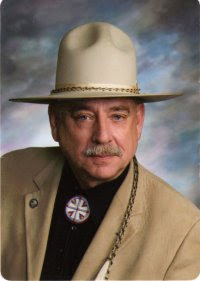 Nygaard said in a statement about his switch, “I firmly believe I can represent my district's needs in Pierre more effectively as a member of the Republican Party." Nygaard is right.

Particularly in the State Senate Democrats are irrelevant. With only 5 or 6 members they can barely at best cover the committee work, where the heavy lifting is done. If you assume that 2 Senators will serve on the Appropriations Committee, that leaves only 3 others to cover the other committees.

To put in perspective and for reference the nine “major” committees are: Agriculture and Natural Resources, Commerce, Education, Health and Human Services, Judiciary, Local Government, State Affairs, Taxation, and Transportation.

The Democrats in their Senate Caucus will be clueless as to what is going on and powerless to shape legislation in any meaningful way. On a party basis (most committee work is not overly partisan) they won’t even have another Democrat available to second their motions. Further any hope of having an impact is greatly diminished. Dems will for the most part go to Senate Caucus and just wonder what the Republicans are going to do. – No impact!

When Nygaard says he can be more effective as a Repub he is not kidding! As a Republican he can at least get consideration of his bills in the overwhelmingly Majority caucus.

Sidebar – The Democrats got decimated in the State Senate for primarily one reason – Barack Obama. He was like the plague that just rolled out over the Heartland. Many Democrats never had a chance. The President and the Pelossi apologists are in denial. Independents and moderate Democrats who are the swing voters screamed “Change.” Given the dissension in the party ranks in the Democrat Caucus in the U S House this week, I expect you will see a few party switchers moving from D to R in that Legislative Body as well. Looking back; Scott Brown’s election in the Teddy Kennedy special U S Senate election in Massachusetts last January was the canary in the coal mine. The President and Congressional Democrats didn’t listen.

That covers Nygaard’s public explanation. I view his switch as a little more political opportunism.

The kicker – in 2010 Dennis Daugaard lost to Scott Heidepriem 49.6% to 50.4% and Teri Jorgenson lost to Nygaard 46.6% to 53.4% (thank you Barack Obama) but the trend to GOP is notable. This trend is not lost on Nygaard and explains part of the reason for his switch.

I also believe that the 2011 Legislative Redistricting Sweepstakes combination Cake Walk and Musical Chairs also is a factor. Redistricting is a more complicated analysis that I will speak to, specifically regarding Clay County, the current District #17, and far southeastern South Dakota in my next post.
Posted by Joel Rosenthal at 8:04 PM