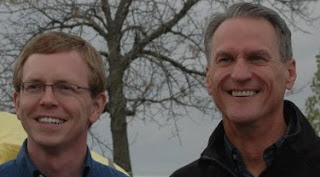 Endbar – Governor Rounds will give his Budget address this coming week. News reports are that it will be an austere budget. The Governor elect has indicated that he plans to offer his own budget. What similarities there are will be interesting. Several months ago Governor Rounds asked his Cabinet Secretaries to look for cuts. Times being tough and revenues not meeting projections have been the case for the past couple of budget cycles. Thus it is interesting (and perhaps cynical of me) that Governor Rounds is now looking for cuts when he will not be governing with reduced expenditures. Throughout the Rounds’ Administration we have been operating with what Governor Rounds has termed a structural deficit (an interesting phrase).
Posted by Joel Rosenthal at 2:38 PM